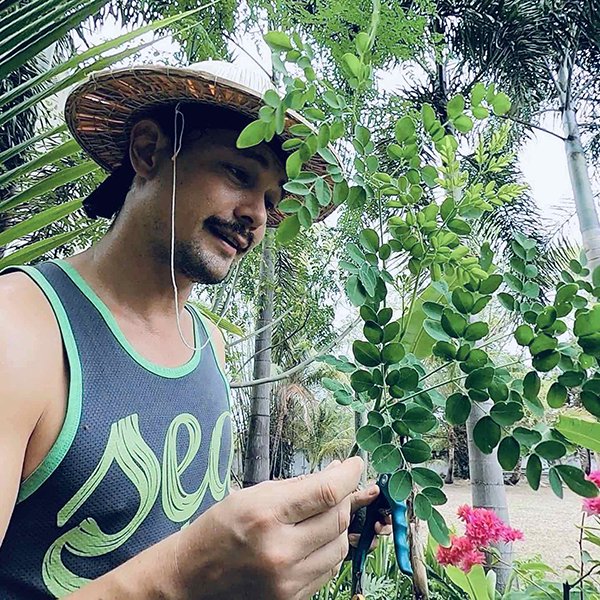 Bryan Benitez McClelland, a Filipino-American citizen is showing us the way to what we should do to contribute to our future as a people. Let us make him an inspiration for all of us to mobilize and do something now, while we still can.

This bamboo bike maker has been planting one tree a day since the start of the ECQ. That’s nearly 80 trees and counting. It’s a growing passion that is looking to be at par with his biking advocacy.

“When I was a kid, I used to say that when I grow up, I want to be a Filipino so I can eat mangoes every day,” Bryan Benitez McClelland, a Filipino-American citizen, gives a hearty laugh as he talks to ANCX in a phone interview. “So that dream has come true.”

The founder of Bambike, a social enterprise that build bamboo bikes with locals, has spent the past few months in quarantine in his family home in Batangas. Keeping him company are his extended family, friends, his dog Sombra, and his cat Pumpkin.

The hours spent outside of Metro Manila, where he also takes care of his other businesses—the Bambike Ecotours and Batala Bar, both in Intramuros—has given him an opportunity to reflect, and to build on another interest: agriculture. The latter is an extension of the causes he’s been fighting for since he decided to move to the Philippines from the United States in 2007. As someone with a degree in Environmental Studies, with concentration in Anthropology, and a master’s in Environmental Resource Management (both earned from the University of Pennsylvania), McClelland has always been devoted to nature and its preservation.

Since Metro Manila was placed under enhanced community quarantine (ECQ) on March 16, McClelland has been planting one tree a day. That’s nearly 80 trees and counting.