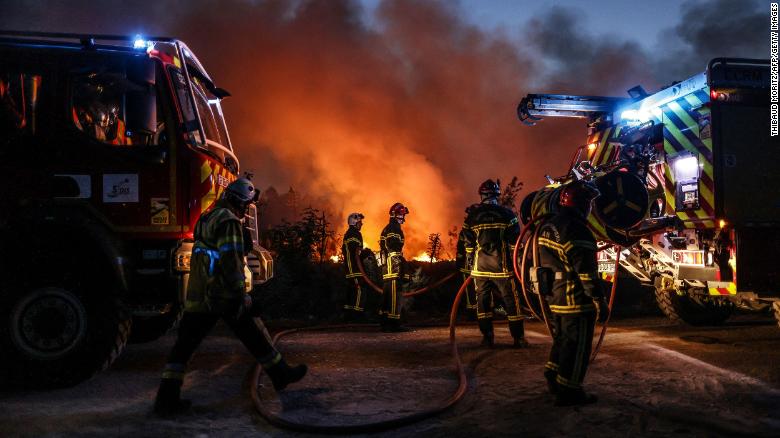 Extreme climate surges are being felt worldwide as the increase in temperature goes to unprecedented levels. Earlier in 2022, Pakistan and India have seen temperatures as high as 50 degrees Centigrade, and this time, Europe and the United States are in danger of extreme heat. Temperatures are running 10 to 15 degrees Celcius warmer than normal and it might still go beyond that.

An excerpt from the latest report from CNN International:

(CNN)Hot-temperature records are far outpacing cool records across the globe this year as Europe and the United States brace again for dangerous heat waves.

In the US, 92 all-time record high temperatures had been set through July 16, compared with only five all-time record low temperatures, according to data from the US National Oceanic and Atmospheric Administration. Globally, 188 all-time heat records were broken versus 18 cool records.

Studies have shown that extreme heat will increase in frequency, intensity, and duration because of the climate crisis. Gabriel Vecchi, a climate scientist at Princeton University, told CNN that the hot-and-cold record imbalance is a signal of the climate crisis, and scientists have noted a trend in recent years that hot extremes are outpacing cold ones.
“This is what you would expect from a planetary warming that’s been driven in large part from greenhouse gases; this is now the world we’re living in,” Vecchi told CNN, noting that “it’s fair to think that almost every heatwave that we see right now has some influence from global warming.”

All-time records were poised to topple in the UK on Monday and Tuesday, with temperatures running 10 to 15 degrees Celsius (as much as 25 degrees Fahrenheit) warmer than usual for this time of year.