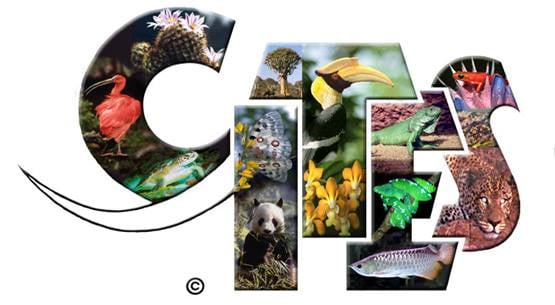 Have you ever wondered why the rich prefer to clothe themselves in super expensive fur coats? I really don’t know why because I have no such apparel in my closet. But this I know… the more endangered is the animal, the more expensive its skin costs. And, this is the luxury the super rich chose to distinguish themselves. But is there any law on earth that regulates this trade?

“The Convention on International Trade in Endangered Species of Wild Fauna and Flora, also known as the Washington Convention, is a multilateral treaty to protect endangered plants and animals. It was drafted as a result of a resolution adopted in 1963 at a meeting of members of the International Union for Conservation of Nature (IUCN). The convention was opened for signature in 1973 and CITES entered into force on 1 July 1975. Its aim is to ensure that international trade in specimens of wild animals and plants does not threaten the survival of the species in the wild, and it accords varying degrees of protection to more than 35,000 species of animals and plants.

In order to ensure that the General Agreement on Tariffs and Trade (GATT) was not violated, the Secretariat of GATT was consulted during the drafting process. AS of 2015, the Secretary-General of the CITES Secretariat is John E. Scanlon. CITES is one of the largest and oldest conservation and sustainable use agreements in existence. Participation is voluntary. Funding for the activities of the Secretariat and Conference of Parties (CoP) meetings comes from the Trust Fund delivered from Party contributions. Trust Fund money is not available to Parties to improve implementation or compliance.

These activities and all those outside Secretariat activities (training, species-specific programs such as Monitoring the Illegal Killing of Elephants – MIKE) must find external funding, mostly from donor countries and regional organizations such as the European Union. Although the Convention itself does not provide for arbitration or dispute in the case of noncompliance, 36 years of CITES in practice has resulted in several strategies to deal with infractions by Parties. The Secretariat, when informed of an infraction by a Party, will notify all other parties. The Secretariat will give the Party time to respond to the allegations and may provide technical assistance to prevent further infractions.

Other actions the Convention itself does not provide for but that derive from subsequent COP resolutions may be taken against the offending party. These include:

Bilateral sanctions have been imposed on the basis of national legislation (therefore, the USA used certification under the Pelly Amendment to get Japan to revoke its reservation to hawksbill turtle products in 1991, thus reducing the volume of its exports). Infractions may include negligence with respect to permit issuing, excessive trade, lax enforcement, and failing to produce annual reports (the most common).

Originally, CITES addressed depletion resulting from demand for luxury goods such as furs in Western countries, but with the rising wealth of Asis, particularly China, the focus changed to products demanded there, particularly those used for luxury goods such as ivory ot shark fins or for superstitious purposes such as rhinoceros horn. As of 2013, the demand was massive and had expanded to include thousands of species previously considered unremarkable and in no danger of extinction such as manta rays or pangolins.” (Wikipedia)

There are several international agreements — that are aimed at mitigating the effects of global warming and climate change… and, in this case, an agreement that protects biodiversity through the total ban on the international trade in endangered species of fauna and flora — have already been passed and agreed upon by a majority of participating countries. The next set of blogs/articles will be devoted to these international accords to increase the level of awareness of their history, aims, and objectives. One such international accord is the Convention on International Trade in Endangered Species of Wild Fauna and Flora or the Washington Convention.