The Philippines Under Threat by Rising Sea Levels 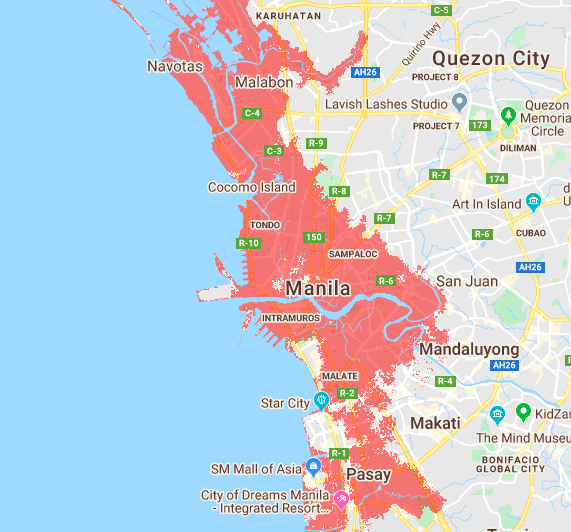 The Philippines is under threat by rising sea levels especially the cities of Malabon, Navotas, Pasay and Manila in NCR; Bulacan, Obando and Paombong in the Province of Bulacan; Kalibo, Aklan and Roxas City in the Visayas; and Cotabato City, Kabuntalan and Northern Kabuntalan in Mindanao. There could be more places that might be underwater by 2050 due to rising sea levels. This dire prediction is based on studies and calculations that are scientifically done and we ourselves hope that it will not happen. However, whethere it happens or not, we should all be prepared and do what we can to mitigate the effects of rising sea levels brought about by Climate Change.

According to the study, rising sea levels place Asian countries like the Philippines, Thailand, Bangladesh, Indonesia, India, China, Japan, and Vietnam in danger.

Through a screening tool provided by Climate Central, it showed what areas in the country are at risk of sea-level rise and coastal flooding. Based on the map (below), Metro Manila cities such as Manila, Navotas, Malabon, Pasay are likely to be affected by coastal flooding.