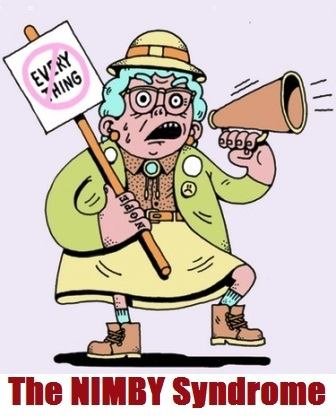 Sometimes we come across words that we don’t understand, don’t make sense, or are even strange to us. One such word is “nimby”. Well… the term “nimby” is actually not a word but an acronym that stands for “Not In My Back Yard”. As it progressed in usage, NIMBY became a descriptive term to express acceptance of the need for something but this something is something one doesn’t want near one’s home… therefore, not in my back yard! Nimbies are persons who would normally say: “You could have or do anything you like so long as it’s nowhere near me.”

NIMBY also applies to a group of people with common aspirations typically living within the same vicinity. It is a term to describe a social phenomenon that occurs when a significant number of people in a social, geographic, or political group are opposing a future or an ongoing event. The term has negative connotations typically applied to an opposing group by the approving group of such event. It is often called the NIMBY syndrome.