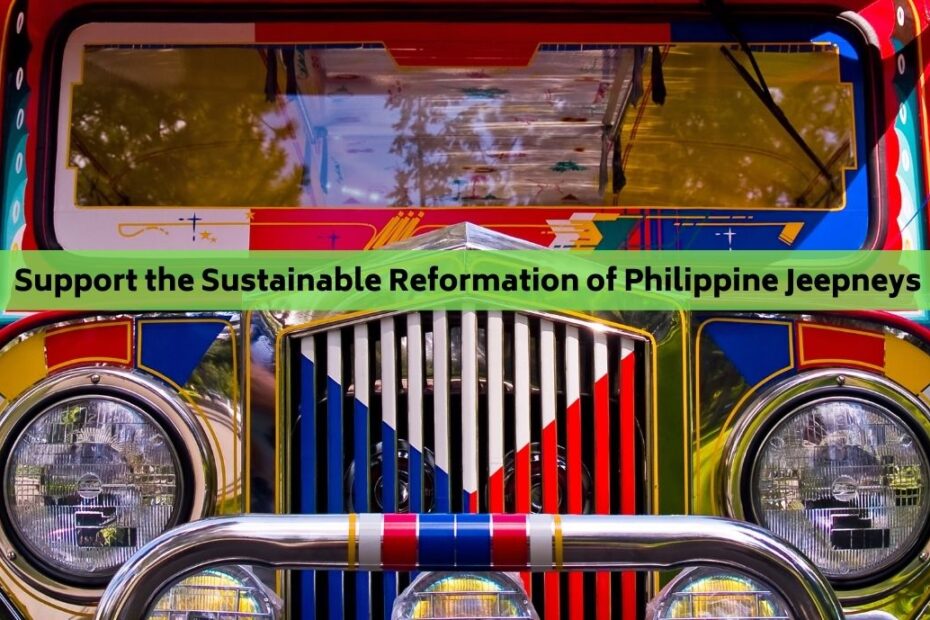 It is good to see new “jeepneys” on our streets who are now calling themselves “E-jeeps,” or electric jeepneys but are they really jeepneys? My simple answer to this question is THEY ARE NOT!

The one that we are seeing on the streets are indeed a sustainable alternative to transportation and are reasonably more convenient but they are FAKE JEEPNEYS.

The jeepney had been a part of our history and phasing them out in exchange for these new methods of transportation who are truly electric minibusses. The look, the feel, and even the design are not even close to what a jeep is.

Jeepneys were originally made from U.S. military jeeps left over from World War II. The word jeepney is likely a portmanteau word – a combination of “jeep” and “jitney”, both words common slang in the popular vernacular of the era: “jitney” being a popular term for an American taxicab, and a “jeep” a newly coined term to describe a type of military vehicle (origin from General Purpose, or GP, hence Jeep). Most jeepneys are used as public utility vehicles. Some are used as personal vehicles. Jeepneys are used less often for commercial or institutional use. Early short-body war-time versions of the jeepney were also known as auto calesa, commonly shortened to “AC”

Since the 1940s they have the similar distinct design from buses, that is why when the modernization of jeepney was implemented, the new design is not acceptable.

Reformation NOT Phase Out

I personally support the reformation of the current make-up of the jeepney. They need a makeover so that they would be more environmentally sustainable and so that the convenience of the riding public would be better.

The government and partner agencies should find a way to adapt the current jeepney design into making it possible to be electrically capable. I think there are already designs for this but was purposely neglected for some reason.

Another alternative would be to fully implement the Euro 4 Standard in the Philippines. The local implementation of Euro 4 limit falls under the “Philippine Clean Air Act of 1999,” which requires vehicles with Euro 4 fuel to comply with the standards issued by the DENR. As an alternative jeepneys could be asked to comply with changing their engines to be compliant with Euro 4.

In doing the reformation of our beloved jeepneys, the government should help them hand-in-hand in a manner supportive of them. The current scheme which puts jeepney owners to take a loan of 1.3 million up to 2.5 million payable in 7 years is simply unfair.

I am supporting the petition launched by Ugnayang JODA together with various religious leaders in calling for the proper reformation of jeepneys. We need to take into consideration the status of people who will be affected by this sudden phase out.

New jeepney designs should be sustainable and environmental friendly but it should be made in a way that continue to manifest our culture and also consider the predicament of our jeepney drivers.

Disclaimer: This article is a personal blog and does not reflect a stand of the Green Party of the Philippines (GPP-KALIKASAN MUNA)