Stop the Killing of Environmental Workers 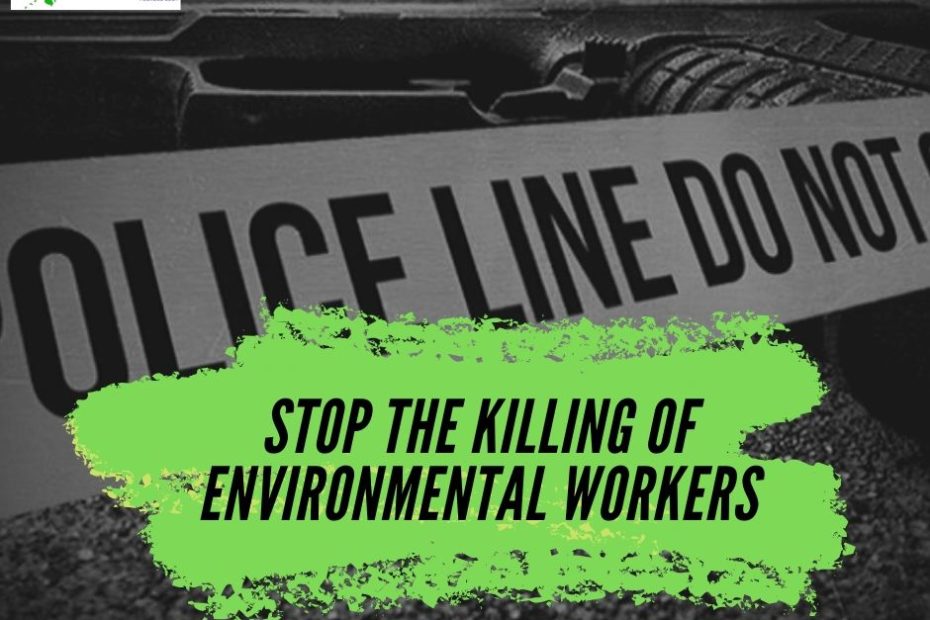 On behalf of Aksyon Kalikasan (Green Party of the Philippines) as its Nationa Spokesperson that I express my great disgust and condemnation for another killing of an environmental worker.

Just last week, an employee of the Department of Environment and Natural Resources (DENR) was shot dead in Surigao del Sur. This is the fourth state environmental worker murdered in just a span of about three months.

Reports reaching the DENR’s headquarters in Quezon City said that the victim, special land investigator Joash Peregrino, was shot on Thursday inside his car, as it was parked in front of a store near the DENR office in Bislig City. (Report based on Inquirer.net)

The Philippines has been ranked the deadliest country for land and environmental defenders by the international group Global Witness in 2018. This is a ranking that we should never ever be proud of, and the worst of it is the fact that the perpetrators is not even brought to justice.

Early in September, forest ranger Bienvinido Veguilla Jr. was hacked to death by illegal loggers after he and his team had seized their chainsaw in El Nido town, Palawan province. Just a week later, Gaudencio Arana, a longtime DENR informant, was shot dead in Nueva Ecija province by motorcycle-riding men. And in October, forest ranger Ronaldo Corpuz was shot dead inside his house in Nueva Ecija.

These killings are a shocking scenario that puts fear among those who want to protect the environment. It also sends a message that criminals and environmental bullies are running amock and unchecked in the Philippines.

We call on the government and the concerned agencies to give priority to the investigation of these killings. If environmental rangers need to be given protection then so be it. The iron hand stance of the government against drugs and vaping should also be shown against these senseless killings.

To fellow environmental workers, I call on you to remain strong and committed towards the advocacy of ensuring a better and more sustainable future for everyone. Let not these treats and bullying hamper our work.