Retain the Ban on Open-Pit Mining in South Cotobato 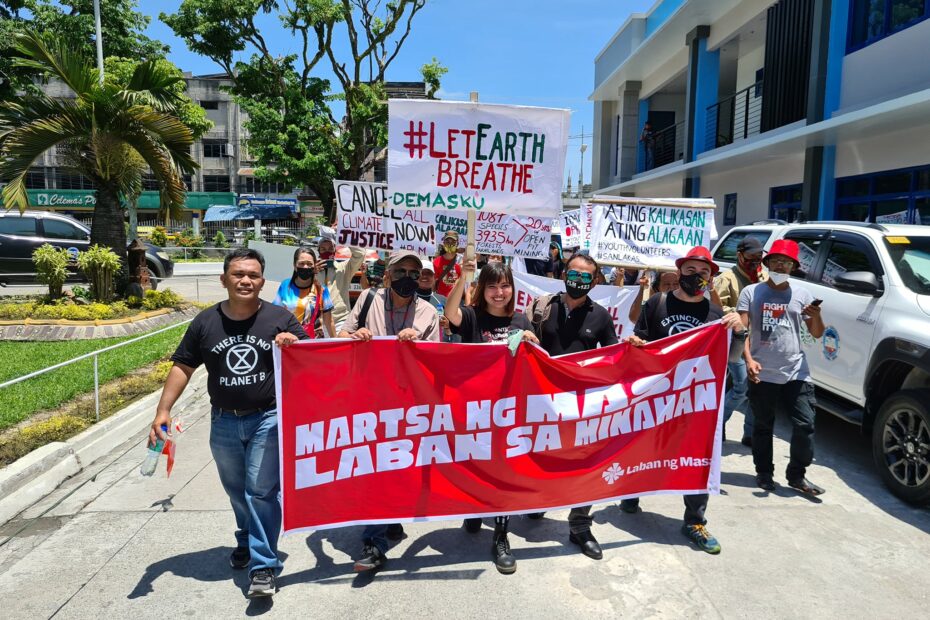 On behalf of the Green Party of the Philippines and as its National President, I call on the Governor of South Cotobato, Reynaldo Tamayo Jr. to veto the approval by the Provincial Boars of the lifting of the ban on open-pit mining. This is a gross disservice to the environment and the future generations by the elected officials of South Cotobato. I also call on the upcoming Provincial Board to reverse this decision in case Governor Tamayo would not have the courage to veto the said decision.

During my visit and campaign at South Cotobato, I joined the People’s March Against the Lifting of the Ban on Open-Pit Mining. I have seen the large opposition of the people of the province to the lifting of the ban. During the elections, almost all of those who are running for position said that they support the ban but now it seems the tides had changed. These officials are betraying the people and hence public trust.

The Tampakan project in South Cotabato province is the Southeast Asian country’s biggest stalled mining project with development cost previously estimated at $5.9 billion before it was hampered by the provincial ban imposed in 2010. The Tampakan project, in which commodities giant Glencore previously had a controlling stake before it decided to quit amid regulatory uncertainties, has estimated resources of 15 million tons of copper and 17.6 million ounces of gold, according to developer Sagittarius Mines.

I am inviting everyone to resist this betrayal of the environment and support the people of Tampakan and of South Cotobato. Please sign the signature campaign expressing condemnation of the recent passage of the amendment to the South Cotabato Environmental Code on May 16, 2022. Said amendment effectively ceases the ban on open-pit mining in the Province. To bring this matter to the proper forum, the proponents of the signature campaign will submit the said appeal to the Office of Governor Reynaldo Tamayo, Jr. on or before Friday, May 21.

Thus, we encourage the members of the public, as well as civil society, youth, and youth-serving organizations, SK Councils, businesses, and the marginalized sector to sign the appeal. You may sign as an individual or as an organization.

JOIN THE NO TO OPEN-PIT MINING MOBILIZATION

On May 19, 2022, MAKALAYA (Masang Kalayaan) will be one with the Church during their Solidarity March from Christ the King Cathedral Compound (8 AM) to South Cotabato Provincial Capitol (9 AM).

Next, starting May 19, 2022, there will be a daily vigil. Our team plans on keeping a group of people in front of the South Cotabato Provincial Capitol for 15 days. People who cannot stay the whole day are advised to gather with us once a day in front of the Capitol. This is still not final.

May 23, 2022. Third, there will be a MASS mobilization on May 23, 2022, in front of the Capitol. This is a combined group organization with MAKALAYA, farmers groups, youth organizations, and other NGOs. They are also looking for performers such as singers and spoken word artists. Donors for expenses for transportation, sound system, and more will be very helpful.

You can also participate in the digital campaign by using this Twibbonize frame on Facebook: twb.nz/notoopenpitminingsox.

The Green Party of the Philippines – GPP Kalikasan Muna stands with its manifesto and calls for environmental first governance or Kalikasan Muna. We aim to duplicate the Open Pit Mining Ban and other key environmental governance laws in other cities, municipalities, and provinces through our various local chapters. This will be our contribution together to create a better and greener future.

For those who want to join us you can register at greenparty.ph/join.