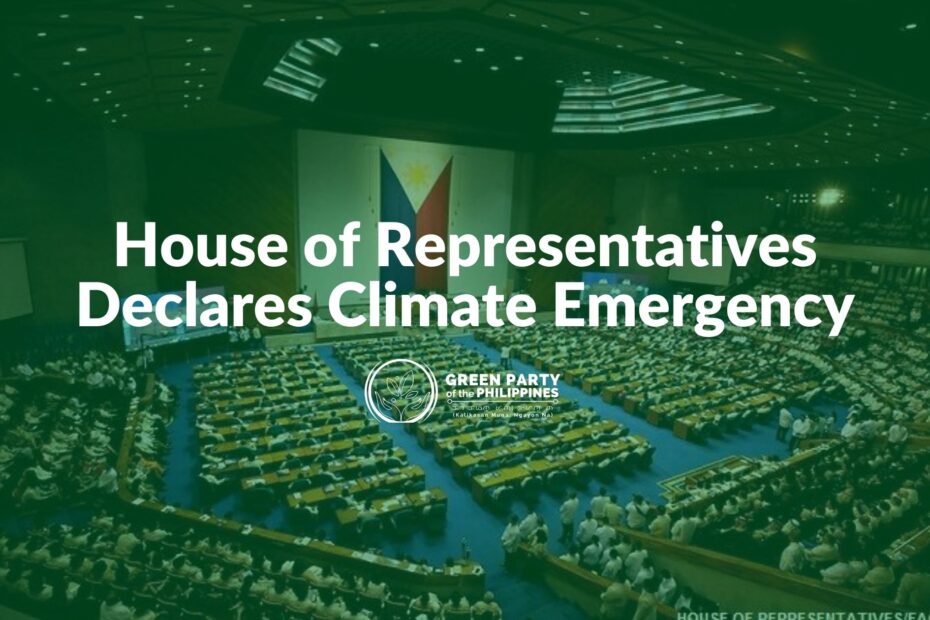 GPP Kalikasan Muna (Green Party of the Philippines) lauds the Philippine House of Representatives for finally passing a resolution DECLARING CLIMATE EMERGENCY IN THE PHILIPPINES through House Resolution No. 1377.

Though this is a major breakthrough in seeking towards mobilizing for full Climate Action in the Philippines, we believe that a counterpart Executive Order of the President declaring the same should also be made. This Executive Order Declaring a Climate Emergency will in fact put more force and action into the resolution as it becomes an executive mandate.

We understand that these are all good intentions and we hope that together with both the public and private sector, we can all make this happen.