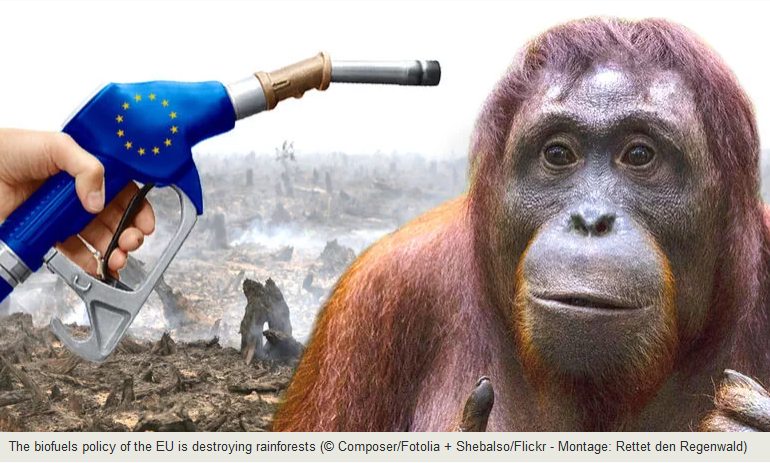 Editors Note: This is a petition which we are sharing for those who are interested to support it. The main editor of this posts believes that this is an advocacy which greens can support.

The EU wants to save our climate with supposedly green biofuels and has deemed palm oil “sustainable”. Yet on the other side of the globe, rainforests are being clear-cut to produce the 1.9 million tons of palm oil that end up in European fuel tanks every year. Tell EU legislators to put an end to this tragically misguided policy!

The European Union wants to protect the climate and reduce carbon emissions from motor vehicles by blending fuels with increasing shares of supposedly eco-friendly “biofuels”.

Last year, 1.9 million tons of palm oil were added to diesel fuel in the EU – in addition to millions of tons of equally harmful rapeseed and soybean oils.

The plantations needed to satisfy Europes’s demand for palm oil cover an area of 700,000 hectares – land that until recently was still rainforest and the habitat of 5,000 endangered orangutans. Despite the clear-cutting, the EU has classified palm oil as sustainably produced.

This policy has now blown up in the legislators’ faces, with scientists confirming what environmentalists and development experts have long asserted: biofuels help neither people nor the environment – and they are most certainly not climate-neutral, as even studies commissioned by the EU show. Biodiesel from palm and soybean oil, but also from European-grown rapeseed, has a larger carbon footprint than diesel from fossil sources.