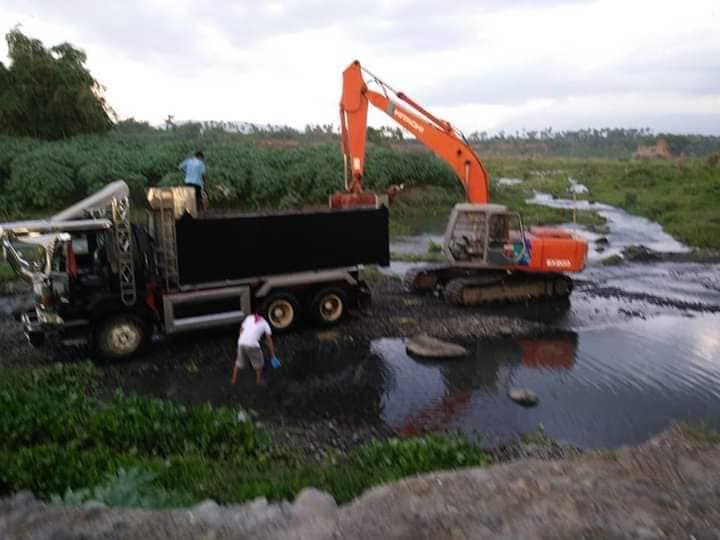 It was in 2015 when I called the attention of authorities regarding the illegal activities of sand and rock mining in Lapad River of Mojon, Liliw, Laguna. Even though my plea, was just placed by Baranggay Officials, and hide it away in the cabinet. It did not stop me from pursuing the incident, but how come that people are still lured into this kind of business and profession? Maybe because of the high demand and profit that it can offer. These illegal or even legal activities are evading the Department of Environment and Natural Resources, guided policies and existing laws that seems to be futile in nature since it can not protect nature from destruction and abuse. Eventually, I found out that Maharlika Sam Aggregates Corporation will establish its facilities along the river and started their clearing operations the same year.

Sand is a main ingredient for making concrete, roads and other construction materials which is second only to water as the most used natural resource, while gravel are loose aggregates which is an important commercial product, used to make roadways or usually surfaced with it and so as boulders plays ang important role in construction. Even though, we understand the need for such materials, we can not ignore the fact, that we have to destroy the natural ecosystems thriving on the river with native species that will be affected by quarrying activities.

The following year in 2016 I made a follow up letter with the Provincial Government Environmental and Natural Resources Office with office of the Mayor of Municipality of Liliw. They immediately took the necessary measures to secure and ensure that, Lapad River will no longer be a site for sand and rock mining after we sat and had a public hearing at Calumpang Baranggay Hall with Hon. Mayor Ericson J. Sulibit of Liliw, Laguna, some Municipal Personnel, Baranggay Officials, and the people of Mojon.

Now, Lapad River has been rehabilitated in order to prevent flooding incidents in nearby communities and continue to be a home for native natural flora and fauna in the area. It was an accomplishment not for my self, but for the Municipal Government of Liliw, PGENRO, other local officials, and the people of Mojon who opposed the said project as they all stand together to protect and save the environment.

I thank God for His mighty protection and guidance.