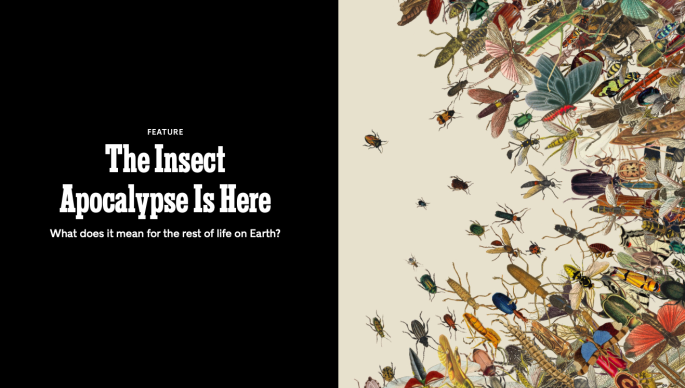 In the United States, scientists recently found the population of monarch butterflies fell by 90 percent in the last 20 years, a loss of 900 million individuals; the rusty-patched bumblebee, which once lived in 28 states, dropped by 87 percent over the same period. With other, less-studied insect species, one butterfly researcher told me, “all we can do is wave our arms and say, ‘It’s not here anymore!’ ” Still, the most disquieting thing wasn’t the disappearance of certain species of insects; it was the deeper worry, shared by Riis and many others, that a whole insect world might be quietly going missing, a loss of abundance that could alter the planet in unknowable ways. “We notice the losses,” says David Wagner, an entomologist at the University of Connecticut. “It’s the diminishment that we don’t see.”

Anyone who has returned to a childhood haunt to find that everything somehow got smaller knows that humans are not great at remembering the past accurately. This is especially true when it comes to changes to the natural world. It is impossible to maintain a fixed perspective, as Heraclitus observed 2,500 years ago: It is not the same river, but we are also not the same people.