Greens Support Strong Posture Against Canadian Wastes But Warn PH Must Do It Right! 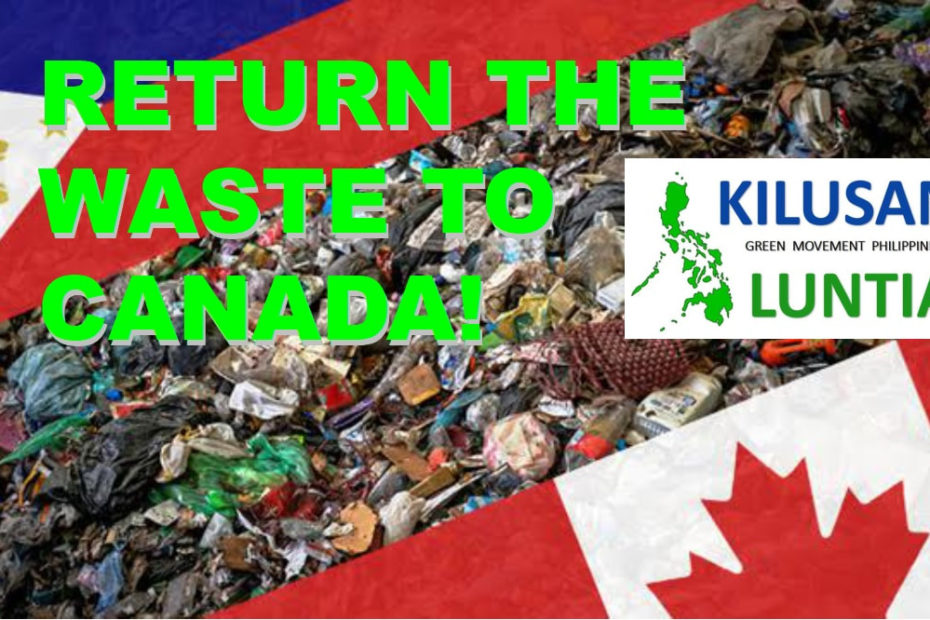 ​Kilusang Luntian, a national movement of greens nationwide expresses its full support for the strong posture taken by the Philippine Government on the issue of returning the Canadian wastes dumped upon us. Waste dumping from one cuntry to another is a direct violation of the Basel Convention. Both the Philippines and Canada are signatories to this convention. The Philippines signed it in 1989, ratified by our Senate in 1993 and entered into force starting 1994.

While some may have been surprised with the strong stance the Philippines government is taking on this issue; even resulting to the recall of our diplomats from Canada when deadline set lapse for Canada to take it back at their expense, Kilusang Luntian sees this as a consistent and necessary action of a state that wants to make its environment and public safety a priority above all. This is consistent with our KALIKASAN MUNA Manifesto stating that above other pressing issues, the environment must be first. To read the manifesto, please visit http://partidoluntian.weebly.com/manifesto.html . Full implementation of all our laws on waste management; including toxics waste is part of the 10-point GREEN AGENDA of the Kilusang Luntian. As a signatory to the Basel Convention, its provisions become part of our laws.

We call on the government and the people of Canada; including the Green Party in Canada to work with the Philippine government for the earliest resolution of the issue.

However, Kilusang Luntian warns that the Philippine Government must do the exercise of it strong political will for the environment in the right way and avoid careless statements such as “…leaving the wastes back in the territorial waters or 12 nautical miles out to sea from the baseline of any of Canada’s shore if they won’t receive it back” as Presidential Spokesman and Chief Presidential Legal Counsel Salvador Panelo has recently said.

This action is tantamount to waste dumping and if the Philippines will do this, it will also be violating the Basel Convention. It will weaken the Philippines legal and moral ascendancy to claim our rights within the convention.

The Basel Convention on the Control of Transboundary Movements of Hazardous Wastes and Their Disposal, usually known as the Basel Convention, is an international treaty that was designed to reduce the movements of hazardous waste between nations, and specifically to prevent the transfer of hazardous waste from developed to less developed countries (LDCs).
For more information, please contact: