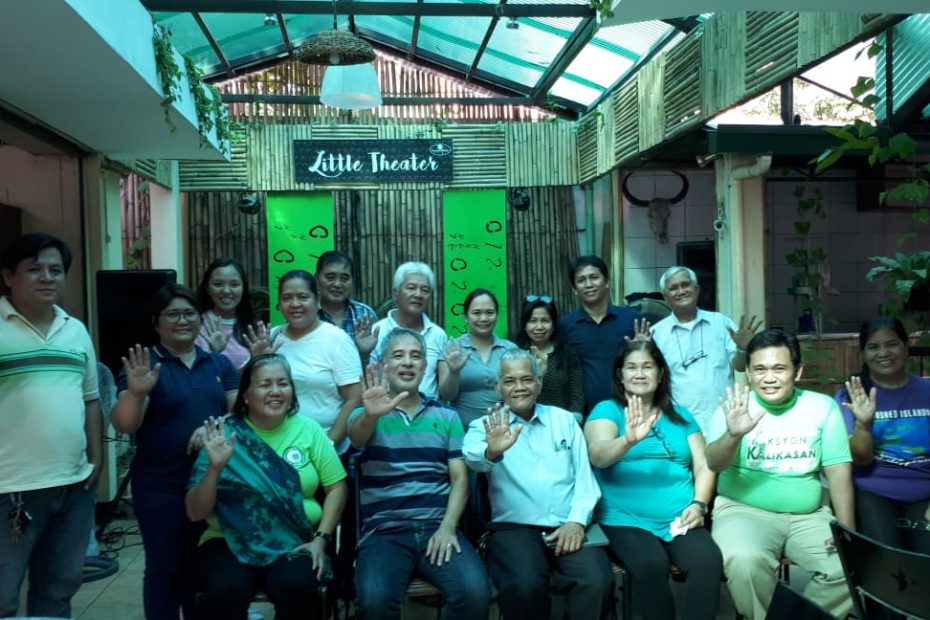 The Assembly ratified earlier decision of the Board of Trustees for the unification of Aksyon Kalikasan with the Kilusang Luntian. With this unification, we now have almost 500 members in 8 regions, 30 provinces and 58 cities and towns nationwide. From a focus along mobilizing active citizens for direct environmental conservation and protection actions within the Manila Bay Coastal Region (parts of regions 3, CALABARZON and Metro Manila), the Aksyon Kalikasan will now be able to service the needs of our members in many other parts of the country through this expansion.

The original 3-part program of Aksyon Kalikasan have been retained and will be strengthened further with new projects nationwide. These include:

The Assembly also elected a new Board of Trustees and its officers. Under new management, Aksyon Kalikasan will now be led by the following in the next 3 years:

As a result of the unification a decision to integrate an electoral component of the Aksyon Kalikasan program was reached. Aksyon Kalikasan will facilitate the formation of a National Green Political Party in the next 3 years. As such. the Board will be supported by an Interim National Council of this emerging National Green Party acting as an advisory and coordination body. The Interim National Council is composed of:

Plans in the Next 3 Years

In the next three (3) years, extensive consolidation and expansion of local chapters will be pursued; applying, where appropriate the integration of the various projects within these chapters and localities. We intend to cover Regions 3, NCR, 4A, 4B, 6, 7, 8, 11, 12.

Priority in the first 6 months are the chapters in the following areas: Silang, GMA, General Trias City, Ternate, Las Pinas City, City of Manila, Quezon City, Caloocan City, Valenzuela City, Malolos City, Guagua, Province of Cavite, Province of Bulacan and Province of Pampanga. Those interested to join Aksyon Kalikasan, anywhere in the country may visit: www.aksyonkalikasan.org and click on the section Join The Cause.

Also during the Assembly, our call for the declaration of a CLIMATE EMERGENCY in the country was approved and we will pursue this call to the Philippine Congress.