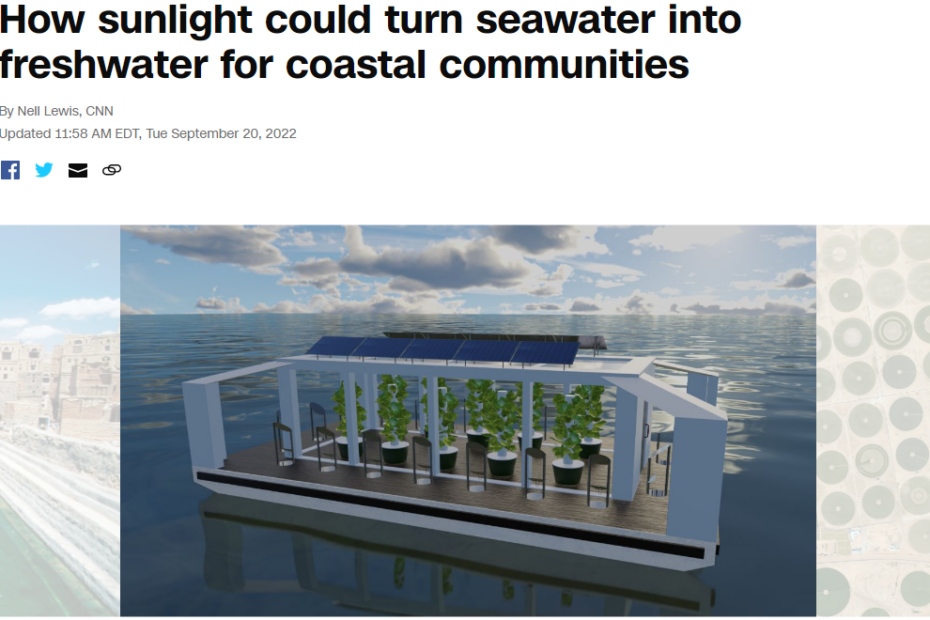 It seems that there is a technology that can finally help out in the growing water crisis worldwide due to the increasing effects of Climate Change. Since the majority of the water on our planet is seawater, turning them into potable and drinking water would be something of a miracle.

Abu Dhabi-based startup Manhat, founded in 2019, is developing a floating device that distills water without requiring electricity or creating brine. It consists of a greenhouse structure that floats on the surface of the ocean: sunlight heats and evaporates water underneath the structure – separating it from the salt crystals which, are left behind in the sea – and as temperatures cool, the water condenses into freshwater and is collected inside.

– How sunlight could turn seawater into freshwater for coastal communities