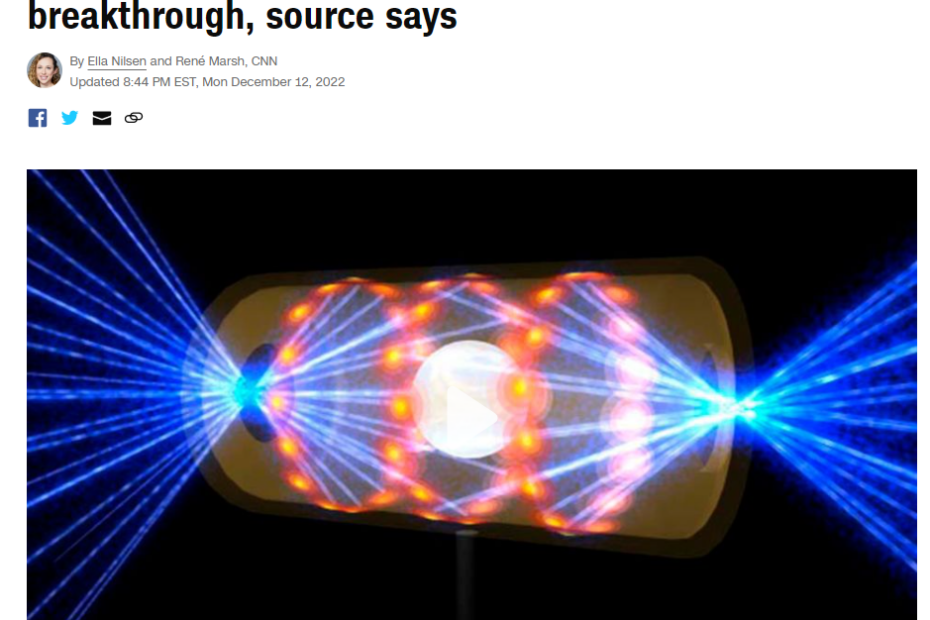 Can the newest breakthrough in Nuclear Fusion save the biggest problem of Climate Change and carbon emission? For a very long time, coal had been the main source of energy worldwide and it is also the major contributor of carbon which leads to the current climate crisis.

There are tons of alternatives such as wind, solar, tidal, and more but energy yields are still not sufficient. Nuclear Fission Power on the other hand has great results but the radioactive energy it creates is a major problem as well.

Just this December 2022, for the first time in a long year of research, US scientists at the National Ignition Facility at the Lawrence Livermore National Laboratory in California successfully produced a nuclear fusion reaction resulting in a net energy gain, a source familiar with the project confirmed to CNN.

Nuclear Fusion is an energy source and technology which mimics the source of the power of the sun and many other stars. The breakthrough was first reported by the Financial Times. Nuclear fusion happens when two or more atoms are fused into one larger one, a process that generates a massive amount of energy as heat. Unlike nuclear fission which powers electricity all over the world, it doesn’t generate long-lived radioactive waste.