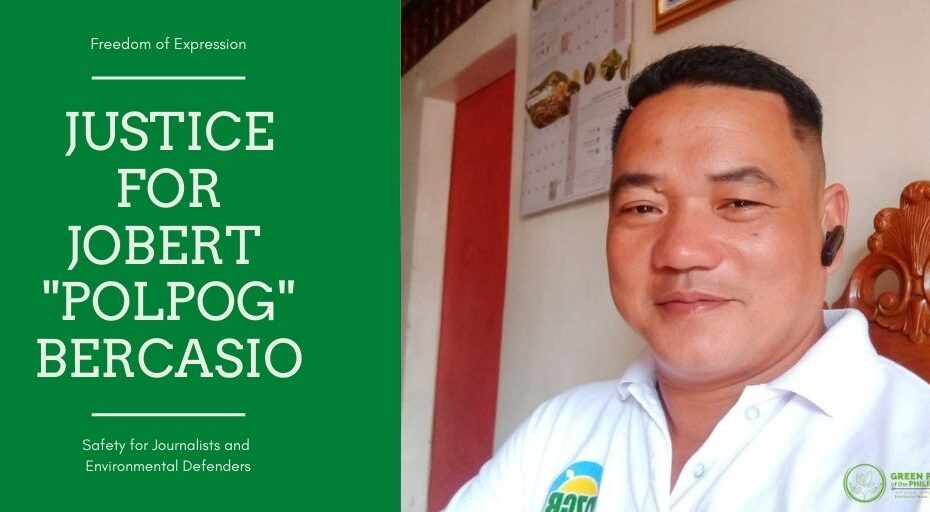 Green Party of the Philippines (GPP-Kalikasan Muna) condemns the killing of Sorsogon-based journalist Jobert Bercasio aka Polpog. Polpog is known for his hard-hitting commentaries and hosts a program through Facebook live.

According to reports, Polpog was on board his motorcycle and was en route from the city proper going to Seabreeze Subdivision in Brgy. Cabid-An when he was shot multiple times by two suspects at around 7:55 PM.

City police chief Supt. Benito Dipad said the victim died on the spot though it could not yet be determined how many gunshot wounds he sustained as autopsy has yet to be performed.

Dipad said empty casings for M-16 rifle were recovered at the crime scene. Police investigators are now reviewing CCTV footages along the route taken by the victim for possible identification of the suspects, Dipad added.

One of Polpog’s expose was the relentless and illegal cutting of tress in Sorsogon. According to reports, other media were also being threatened in Sorsogon due to these illegal activities.

Polpog left behind his 4 children including 1 still in the womb and a wife.

JUSTICE FOR POLPOG! FREEDOM OF EXPRESSION AND SAFETY FOR ALL JOURNALISTS!