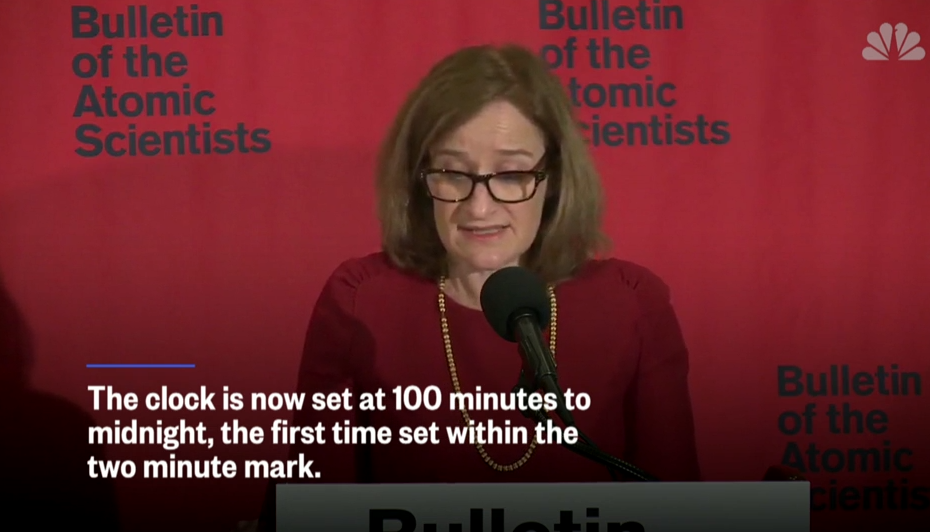 The Bulletin of the Atomic Scientists moved the hands of its symbolic Doomsday Clock closer to midnight, indicating that the likeliness of a human-caused apocalypse has increased since last year.

This news is very alarming and sends a shockwave about the truth that we are nearly at an extinction-level event. One of the factors that caused this first-ever adjustment in a long time is, in fact, Climate Change, a reason some still deny to be true.

The clock is now set at 100 seconds to midnight, the closest it has ever been to symbolic doom and the first time the hands have been within the two-minute mark.

We are now expressing how close the world is to catastrophe in seconds — not hours, or even minutes. We now face a true emergency — an absolutely unacceptable state of world affairs that has eliminated any margin for error or further delay.

If we are to avoid such an event, we need to act now. The sad truth, however, is many see advocacy and talking as still the most efficient way. We believe, however, that it is no longer enough. We need to now stand up and elect leaders who will do action to combat these threats.