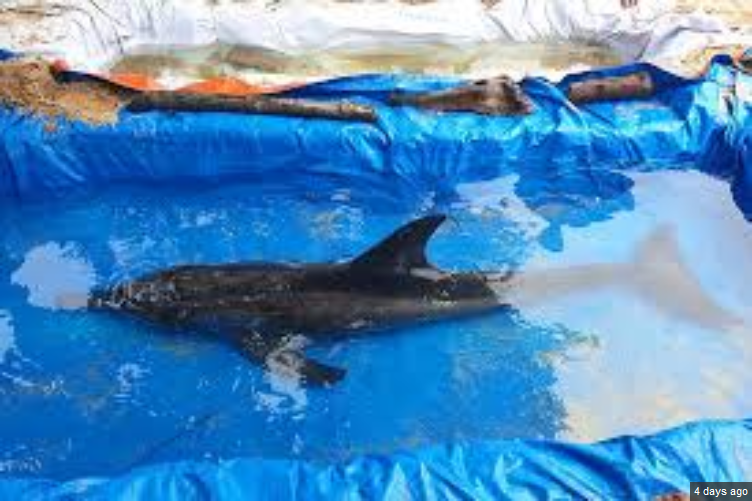 MANILA—A dolphin beached in El Nido town, Palawan, died Friday after a garbage bag was jammed in its stomach.

Wally, the juvenile rough-toothed dolphin, was stranded in Nacpan Beach on Thursday morning, according to El Nido Resort’s environment department.

“He was weak and emaciated, looking like he had not eaten for weeks. After several attempts at feeding and subsequent release, he succumbed to his illness,” it said.

“Post-mortem examination revealed that he had swallowed a plastic garbage bag, which got stuck in his stomach. It was so tightly packed that the bones from the fish it ate after not even able to pass through.”