Cost of China damage to PH reefs: P33B a year 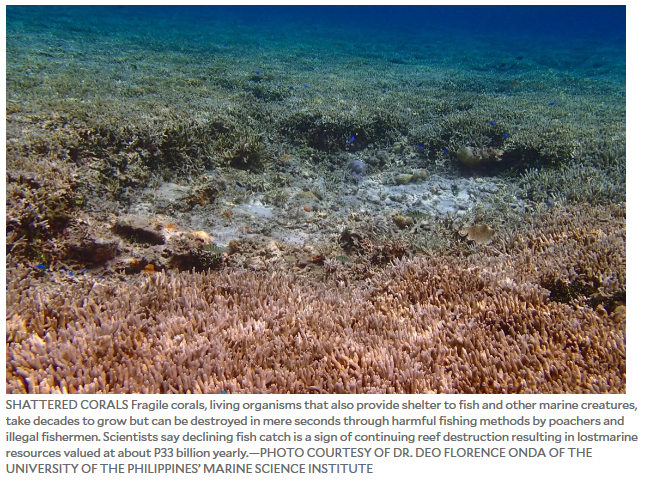 MANILA, Philippines — The Philippines is losing about P33.1 billion annually from the damaged reef ecosystems at Panatag (Scarborough) Shoal and the Spratly Islands mainly due to China’s reclamation activities and illegal fishing operations, according to Filipino marine scientists.

Deo Florence Onda, a scientist with the University of the Philippines’ Marine Science Institute (UP MSI), on Wednesday said the figure, while already staggering, was a “conservative estimate,” considering the complex marine biodiversity of the country.

“The value includes all the services that we get from the coral reefs like climate regulation and the benefits we get from the ecosystem,” he said at a forum organized by conservation group Oceana Philippines.

Onda said the amount of losses was determined using the baseline value of $353,429 (P18 million) per hectare per year for coral reefs that was arrived at in a study by a Dutch information and analytics company.