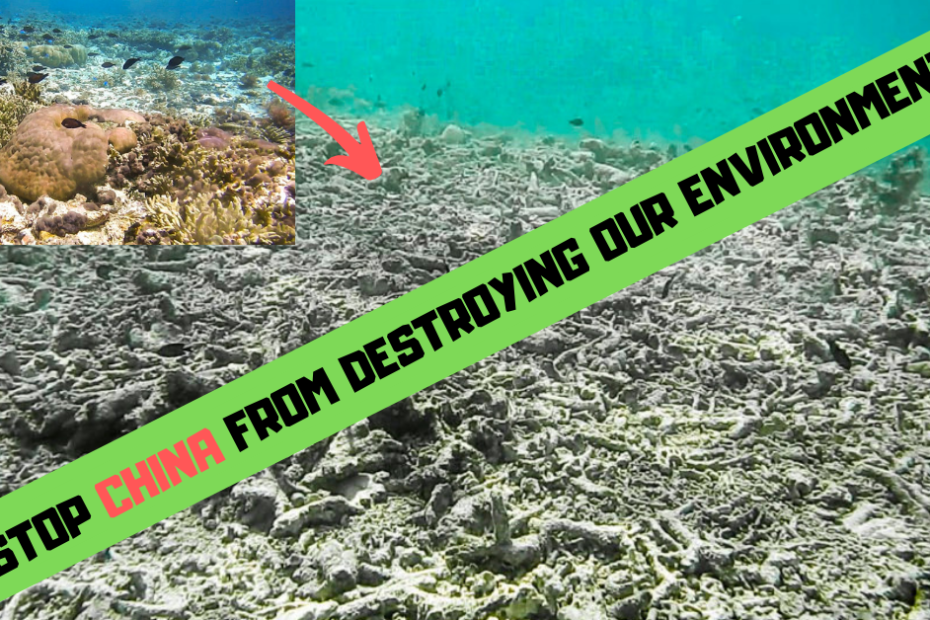 When I read the news about Chinese fishing vessels illegally harvesting giant clams and destroying coral reefs at Panatag Shoal, I was very angry. Why are we even allowing this to happen? This is not acceptable and we should protest and even ask for damages. How can we even repair such catastrophic and monumental damage to our sea resources?

They’ve destroyed over 40,000 acres of reef via clam harvesting > That’s more than 10x as much as their island building killed. Here’s a before and after (thx John McManus) of a reef near Thitu/Pagasa before & after the Chinese clam boats arrived. https://t.co/GPb1Mb8Igz pic.twitter.com/IOCa4rOoXI

I once admire Teodoro Locsin as a host on Television but reading what he is saying about this issue with China is a bit blurred. He is now the Foreign Affairs Secretary, and his stand and tweets in that matter is very important to everyone.

No, that’s not true. We had no idea there were clams there and really I will not let this country go down to war or lose a useful economic partner just over environmental concerns for a world I care nothing about. I care only for my people and country.

Apparently, it seems that the tweet above was already deleted and I cannot search it from his Twitter account. Perhaps, he found it in himself that what he said was utterly wrong and irresponsible.

Locsin also Tweeted, “I am not going down in history as a clam defender, okay? It’s a complaint; we’re looking into it; but these are just fucking food; no one goes to war for clams (maybe Oysters of Locquemariaquer) but they just happen to be OUR food. They should pay for them like in fish market.” Locsin tweeted.”

As well as, “I will not let this country go down to war or lose a useful economic partner just over environmental concerns for a world I care nothing about. I care only for my people and country.“

Seems like those tweets were also removed. The 2 tweets above prompted even Regine Velasquez-Alcasid to take notice of Locsin’s indifference. (See: Regine Velasquez twits Locsin over giant clam comment)

What Should We Do Against China?

China is not respecting us! They are claiming territories that had never been their in the first place. If these so called China Sea is theirs, how come that they are only claiming it now? It was never an issue since a thousand years back.

The extent of destruction in our territorial waters is getting bigger and bigger and this is unforgivable. They should never enter our territory much more destroy our natural resources and the environment.

Our government needs to have a more solid stand accompanied by appropriate actions. Arrest illegal fishing vessels who are doing illegal fishing and are within our territory. It is our sovereign right to do so unless there is something that we do not know.