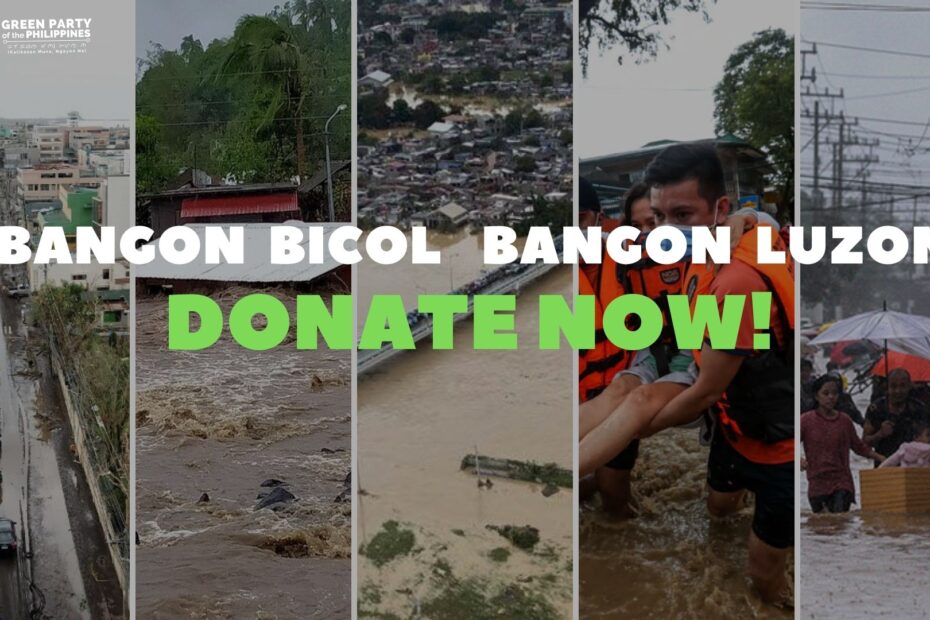 The goal of Green Party of the Philippines (GPP-KALIKASAN MUNA) is to raise monetary support which we can send directly to our chapters in the Bicol Region and in other areas of Luzon after Rolly (Goni) and Ulysses (Vamco) battered the Philippines.

Our chapter in Bicol is headed by Ms. Sonia Lariosa and we also have chapters across Luzon. Instead of asking for an in-kind contribution, we find it more meaningful to ask for financial support since the recipient can decide where to spend the amount.

We believe that strong typhoons like is brought about by the ongoing Climate Crisis. This fund raising effort is just one part of what we are trying to achieve. As a party we strive to advocate for climate education as well as policies which will promote climate change adaptation and resiliency.

Know more about us at www.greenparty.ph.

We encourage you to donate directly through our BANK ACCOUNT.

Send your donations directly to the NATIONAL TREASURER of the Green Party of the Philippines (GPP-KALIKASAN MUNA).

Please send an email with a copy of your deposit slip or money transfer to advocacy@greenparty.ph for documentation purposes.

You can also use this platform to donate via debit card, credit card or Paypal.

There is also an ongoing donation and relief campaign from our Municipal Convenor and Deputy Convenor for Region 2 (Cagayan Valley), Ronald Cristobal. You can also support them.

THE EFFECT OF TYPHOON GONI (ROLLY)

Rolly came a week after Typhoon “Quinta” (Molave) hit the same region of the Philippines. That storm killed 22 people and flooded low-lying villages and farmland, before crossing the South China Sea to Vietnam.

THE EFFECT OF TYPHOON ULYSSES (VAMCO)

Typhoon Ulysses (Vamco) had effects greater than that of Typhoon Ondoy (Ketsana) in 2009. Almost all of the effects are far worst and people are up to their roofs. Rescue is hard to be done as the number of people needing rescue are far greater.

The release of water from all the dams in Luzon created a flood that submerged vast areas in water creating an insurmountable flood.