Are We Ready for GMO Rice – Golden Rice? 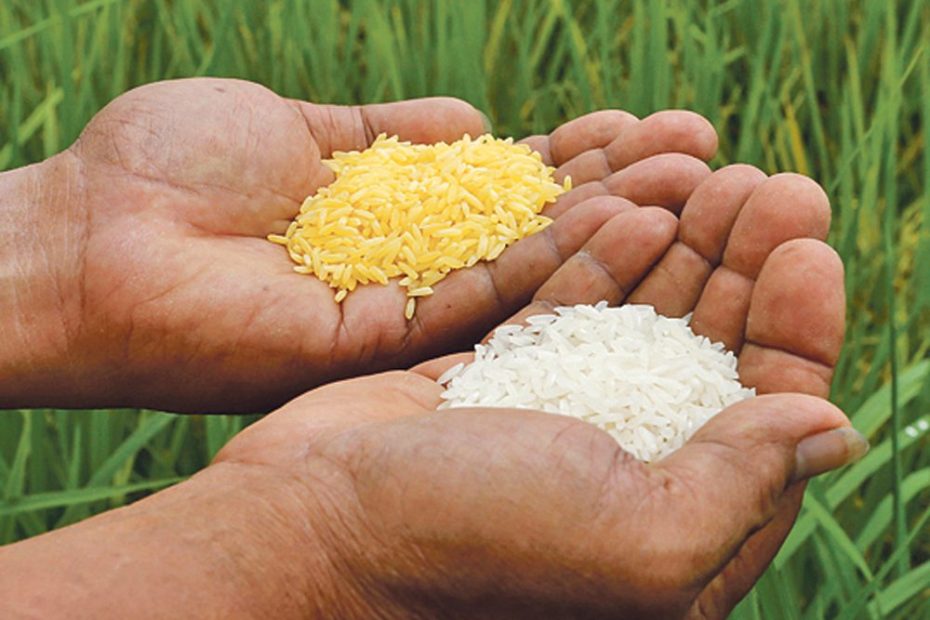 The Philippine Department of Agriculture-Bureau of Plant Industry had just approved the use of Golden Rice for direct use as food and feed, or for processing. The approval was made after rigorous assessment. Are we really ready for Genetically Modified Organisms (GMO) rice? Will it bring harm or good to the country? Would it really address the Vitamin A deficiency problem we currently have?

What is Golden Rice?

Golden rice is a variety of rice (Oryza sativa) produced through genetic engineering to biosynthesize beta-carotene, a precursor of vitamin A, in the edible parts of rice. It is intended to produce a fortified food to be grown and consumed in areas with a shortage of dietary vitamin A, a deficiency which each year is estimated to kill 670,000 children under the age of 5 and cause an additional 500,000 cases of irreversible childhood blindness. Rice is a staple food crop for over half of the world’s population, providing 30–72% of the energy intake for people in Asian countries, and becoming an effective crop for targeting vitamin deficiencies.

Golden rice differs from its parental strain by the addition of three beta-carotene biosynthesis genes. The parental strain can naturally produce beta-carotene in its leaves, where it is involved in photosynthesis. However, the plant does not normally produce the pigment in the endosperm, where photosynthesis does not occur. Golden rice has met significant opposition from environmental and anti-globalization activists. A study in the Philippines is aimed to evaluate the performance of golden rice, if it can be planted, grown and harvested like other rice varieties, and whether golden rice poses risk to human health. There has been little research on how well the beta-carotene will hold up when stored for long periods between harvest seasons, or when cooked using traditional methods.

In 2005, Golden Rice 2 was announced, which produces up to 23 times more beta-carotene than the original golden rice. To receive the USDA’s Recommended Dietary Allowance (RDA), it is estimated that 144 g/day of the high-yielding strain would have to be eaten. Bioavailability of the carotene from golden rice has been confirmed and found to be an effective source of vitamin A for humans. Golden Rice was one of the seven winners of the 2015 Patents for Humanity Awards by the United States Patent and Trademark Office. In 2018 came the first approvals as food in Australia, New Zealand, Canada, and the USA.

The Arguments Against Golden Rice and GMOs

Golden Rice is produced by modifying the original gene structure of rice, meaning it is not a natural food and is not found naturally. This alone poses a big danger, since it can give birth to future harm which we might never be expecting.

According to GRAIN, “Rice should never be genetically modified, as it is the staple food for billions of Asians. It is also an integral part of multitudes of cultures and traditions across Asia. Rice evolved and is continually nurtured and protected by millions of farmers and they take pride in thousands of rice varieties developed thru centuries.”

GRAIN also warns everyone of the unpredictability of this GMO which might give rise to dangerous by-products, “The increased complexity of the gene constructs of Golden Rice makes it even more hazardous than existing GM plants. Unpredictable toxic by-products can also be created and over-expression can also increase the potential toxicity of Vitamin A in the form of transgenically expressed retinoic acid and can also exacerbate unintended metabolic effects as well as instability.”

Opinion on Golden Rice and GMO

Despite the good promises which the development and approval of Golden Rice bring, I would like to show concern about this modified variety of our staple food. Would this rice variety also be planted in our fields? If it would be, we should be worried about how this will affect the soil and also other breeds of rice.

I am not a fan of GMO since it carries a danger. When we genetically modify something, there might be a way by which other organisms related to the modified species will also modify or adapt. How would the pests and other insects feeding on rice adapt? How would organisms living in the soil change and adapt? These are questions which we are still to find out soon.

Will Golden Rice really solve Vitamin A deficiency problem? Do you approve or disapprove of Golden Rice? Let us hear your views.