Action demanded after 1,100 dead dolphins wash up in France 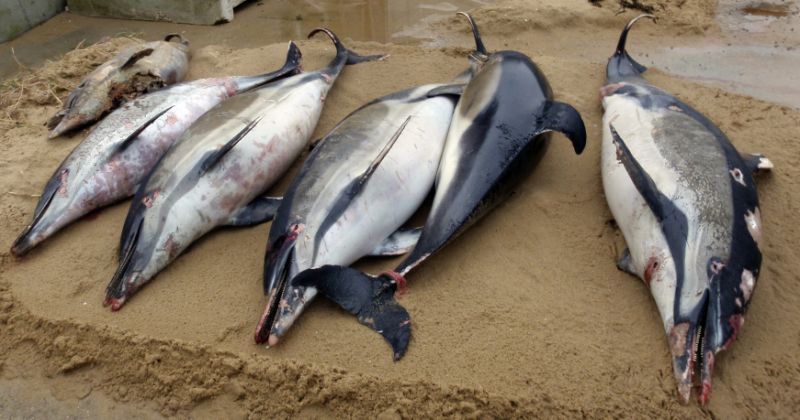 PARIS (AP) — The dolphins’ bodies were horribly mutilated, the fins cut off.

But what shocked French marine researchers wasn’t just the brutality of the deaths of these highly intelligent mammals, but the numbers involved — a record 1,100 have landed on France’s Atlantic coast beaches since January.

The mass deaths, widely blamed on industrial fishing, have alarmed animal welfare groups and prompted France’s ecology minister to launch a national plan to protect them.